Upon meet up your driver, head towards Chefchouan through the Rif Mountains and Tetouan. enjoy breathtaking view of the landscape along the way. Once in the beautiful blue city, the entire of the day is yours to explore on yourself. Perhaps you may like to stroll around this unique town which decorated with a blend of white and blue buildings and surrounded by many funky arts, crafts stores, roof-top restaurants, as well as Cafes.

This morning, set out for the ancient Roman ruins of Volubilis. You will spend the morning exploring the 2000-year-old ruins and getting a picture of life during the Roman Empire. Moreover, it is a UNESCO World Heritage Site, offers a unique glimpse into ancient Morocco. Then, view a series of mansions, monuments and olive mills surrounded by remnants of the city’s defense walls. After lunch, in Meknes. your guide will take you on a tour of Meknes, discover the walled city of Meknes, a UNESCO World Heritage Site that rose to glory under the rule of the Sultan Moulay Ismail. Additionally view the monumental horseshoe-shape Bab Mansour gate. Once complete the tour, you will head off to Fes, the cultural and spiritual capital of Morocco.

Day 5 : Tour around Erg chebbi ~ a visit to Rissani city

This morning, go on a tour around the beautiful region including a visit to Nomads, lunch in a Gnaoua house with music and many more. Afterwards, depart to explore the small city of Rissani, on the edge of the Sahara. Upon arrival in Rissani, tour the lively souk and visit an 18th-century ksar. Next, pass by the ancient ruins of Sijilmasa on the River Ziz, once a bustling Berber city and medieval trade depot. After that, drive back to Merzouga for an afternoon at leisure

In the early morning , you will enjoy an amazing sunrise nearby your camp in the middle of the desert. After having a Yummy breakfast and a refreshing shower, you will continue your tour toward Rissani. In addition to that, it is the ancient capital of Tafilalet with a large souk, particularly lively on every Tuesday, Thursday and Sunday. After that, we will set out to Todra Gorge through Tinejdad and Tinghir. Besides, Todra Gorge is one of the top choices of rock climbers. There, you will have free time to explore the area more deeply. You will spend the night at a hotel in Dades Gorge after a visit to todra canyon.

After breakfast in the hotel, we’ll set off from the Dades Valley towards Kalaat Mgouna and Ouarzazate. pass by “the city of roses” which is well known for the production of the rose water. Our journey will Continue to Ouarzazate, “the Hollywood of Africa”. After lunch in the famous Ait Ben Haddou kasbah,(the UNESCO heritage site since 1987) and the largest Kasbah in Morocco, Moreover, many movies have been filmed there, including The Mummy, Gladiator,… etc. thereafter, continue through the major highest pass in Africa (2260m), over the High Atlas Mountains, before arriving to Marrakech, where the tour end. 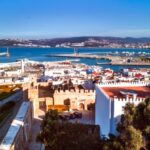 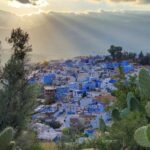 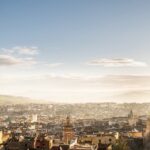 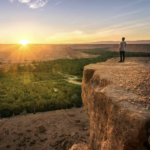 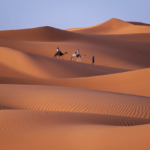 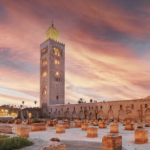